The Proclamation establishing Kanata
Read more »
Posted by TheWordWatcher at 12:51 AM 1 comment:

There is no greater nightmare than for a parent to lose their child. Subsequently, it is undeniably an inborn instinct for the majority of parents to guard their children’s welfare with their lives. When we read or hear about parents who have lost children our collective hearts break for these parents and grieve for the lost children.


Read more »
Posted by TheWordWatcher at 12:18 AM No comments:

Mayor and Commissioners Walk Out

More and more we are seeing an opening in America to paganism, false religions and open Satanism. The strange invocation that came from the Lake Worth, Florida City Commission meeting on December 2 of this year exemplifies this, only it was apparently an anti-theist that gave the invocation.


Read more »
Posted by TheWordWatcher at 3:40 AM No comments: 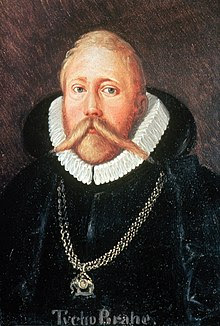 According to the testimony of today's astronomers Tycho Brahe (1546-1601) was one of the greatest astronomers ever. Kepler was his employee.

Read more »
Posted by TheWordWatcher at 4:16 AM 2 comments:

Obama’s Genocide on the American People. More Than 4 Million Americans Have Been Disappeared by the Criminal Obama Administration in the Last 5 Years

Obama’s Genocide on the American People. More Than 4 Million Americans Have Been Disappeared by the Criminal Obama Administration in the Last 5 Years

It is a well-established fact that all official statistics which the Western Orion governments and states publish annually are forged and fraudulent. This is obvious for all financial data. But one expects that it is much more difficult to forge demographic statistics as to hide the intended genocide on humanity by the ruling dark cabal in the End Time, whose aim is to establish the NWO and preserve their power. This has been a leitmotif in all my publications on this topic. And indeed I will prove below that it is not so easy to forge demographic data to anybody who displays a logical, unspoiled mind and has a clear view as to what is ongoing on this most toxic and criminal planet in the whole universe.

For instance I have always sustained the view that the current official estimation of the world population to be 7 billion is bluntly wrong as it is used as an alibi to demand the implementation of various covered euthanasia programs by the Western ruling cabal under the disguise of philanthropic organisations on behalf of the Third World, such as the one of Bill and Melinda Gates, which in fact aim at coiling the human population. Hence in all my disquisitions on the current seven 4D-earth-model and the distribution of human souls among various timelines, I have always departed from a lower figure of 6 billion total human population, which is my educated estimation based on the analysis of official demographic statistics and clever mathematical extrapolations based on the theory of the Universal Law.


Read more »
Posted by TheWordWatcher at 5:10 PM No comments:

Editor's Note: I've retained the original spelling and grammar of the posts for accuracy, so all mistakes belong to the original posters.
One of the most convenient things about abortion is that it takes care of the perceived “problem” in a permanent way — people walk into the abortion clinic with a child growing inside them, and leave after the child’s forcible eviction. The pro-life movement tries to prevent people from entering the abortion clinic in the first place, and urges people to seek healing if they decide to go through with the abortion after all.

So what happens to the babies after they are killed?


Read more »
Posted by TheWordWatcher at 4:48 PM No comments:

Read more »
Posted by TheWordWatcher at 7:22 PM No comments: